SouthSide With You Writer/Director Richard Tanne Talks with Reggie Ponder

Reggie Ponder, The Reel Critic, take with Richard Tanne, Driter/Director of the new film Southside With You – Michelle Robinson’s and Barack Obama’s first date. “Tika made me aware that we are going to show people who look like her falling in love on screen which became a significant reason to make this movie” – Tanne

John Legend on new movie Southside With You

Got a chance to catch up with John Legend at Chicago Red Carpet event for SouthSide With You, the movie about Michelle Robinson’s and Barack Obama’s first date.  Mr. Legend is an executive producer of the film. He also wrote some of the music.

Reggie’s Movie Update: Get on Up Review 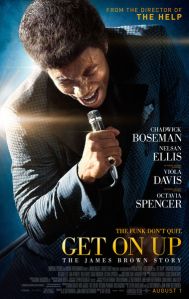 Ice Cube and producer, Will Packer talk about Ride Along and can you believe it, Cube was already talking sequel before the opening.  Well Have no fear, this film raked in over $41 million dollars the first weekend.  Check out what they had to say to Reggie Ponder, The Reel Critic